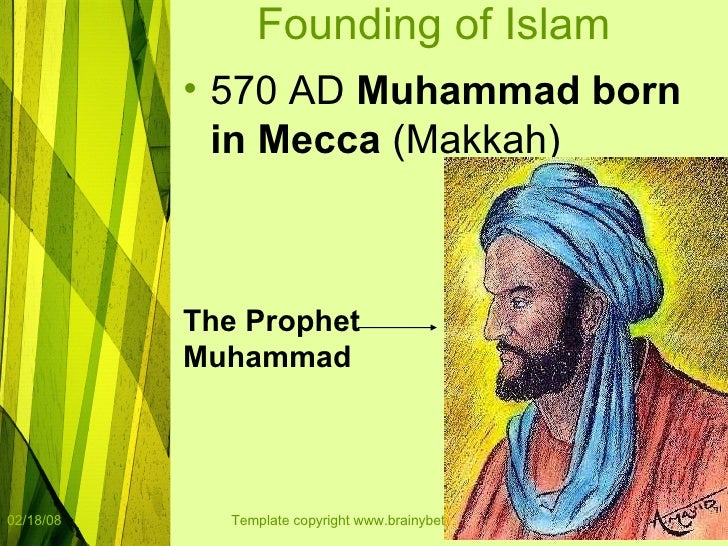 To have a real understanding of Islam's origin, one needs to know the environment of pre-Islamic Arabia, Mohammed the man, and Islam's early history. Archaeology, the Qur'an, and the Hadiths have much to say, of which many people might be unaware.

Ever wonder what Mecca was like before Mohammed was born? It must have been a fascinating place, for it was a trading center, a melting pot of different cultures. Traders were there of many different religions. The Quraysh tribe there worshipped Hubal, Al-ilah, and Al-ilah's three daughters. A black rock from heaven was held in high esteem and placed in a corner of the Ka'bah. The Ka'bah was the center of worship of 360 idols according to the Bukhari vol.3 book 43 ch.33 no.658 p.396 and vol.5 book 59 ch.47 no.583 p.406. The Encyclopedia of Islam(edited by Eliade) p.303ff says the people, prior to Islam, would pray five times toward Mecca and fast for part of a day for an entire month. The Quraysh fasted on the 10th of Myharram/Muharram. Mohammed ordered this too, but later it was optional (Bukhari vol.5 book 58 ch.25 no.172 p.109), also Bukhari vol.6 book 60 ch.24 no.31 p.25.

The Origin of the word "Allah"

Generically, the word "Allah" likely was a contraction of the Arabic Al-ilah, which means "the god". Both Arab Christians and pagans used the word Ilah for God. Even Arabic and Indonesian Bibles today use the word "Allah" for God. In past times, the similar Mideastern word el, meant "god" either true or false, in Ugaritic, Canaanite, and Hebrew. Prior to Mohammed, the Ka'bah, which housed 360 idols, was called Beit-Allah, or "House of Allah". Mohammed's father, who died before he was born, was named 'Abdullah meaning slave of Allah. Also, a tribe of Jews was called 'Abdullah bin Salam in Bukhari vol.5 book 59 ch.13 no.362 p.241.

Specifically, among the idols worshipped at Mecca, one was just called "Allah". This particular idol was the tribal god of the Quraysh, and he had three specific daughters. Compared to four of the five pillars of Islam, the Meccans before Mohammed fasted on the same day, gave alms to their own, prayed toward Mecca, and made pilgrimages ('Umrah) to Mecca. There were many differences too, but some marvel in the continuity of these unchanged practices in common with the pagan Quraysh worship.

As the following section will show, just as the specific Greek idol Zeus likely came from the generic word for God (theos), a similar thing happened with pre-Islamic Arabs.

Many primitive people worshipped a sun god and a moon goddess. Western Arabs were unusual in worshipping a moon god and his wife, the sun goddess. There are pre-Islamic statues of his symbol: the crescent moon. It looks just like the crescent moon of Shi'ite Muslims, except the Shi'ites added a small star. The Yemenites/Sabaeans had a moon god according to the Encyclopedia of Islam p.303. The Quraysh may have gotten this idol from them.

Allah had three daughters named Lat, 'Uzza, and Manat. At one time the "prophet of Allah" compromised and said in the Qur'an (Sura 53:19) that "their intercession was to be hoped for." In other words, he said we should hope for the help of these three idols.

Mohammed's followers must have been amazed that he said this. Later, Mohammed changed his mind and said Satan deceived him. Since a mistake was made, these verses were "abrogated" or taken out. These are often called "the Satanic verses." It is interesting to read how Allah could have what are called "abrogated verses" in Suras 13:39; 16:101; vol.2:106. Sura 41:37 mentions with disapproval sun and moon worshippers.

In summary, Mecca in Mohammed's time was a very cosmopolitan town. Sabaeans, and Mohammed's tribe, the Quraysh worshipped a moon idol, named Al-ilah or Allah, and his three daughters. The Qur'an says not to worship idols, yet Muslim scholars admit Mohammed originally put in verses saying the intercession of the Allah's daughters was to be hoped for.

The London Economist (6 Jan 1990) reported that Muslims in the Sudan are enslaving women and children of the Dinka tribe. The May 4, 1992 special ed. of Newsweek on slavery also reported that Muslims are still enslaving blacks as did the Austin American Statesman on 2/2/1996. Reader's Digest 3/1996 p.77-81 "Slavery's Shameful Return to Africa" is a heart-wrenching account of oppression.

Mohammed preyed upon caravans with his men. Bukhari vol.3 book 37 ch.8 no.495 p.280 says, "When Allah made the prophet wealthy through conquests..." 1/5 of all spoils of war was put into treasury, and Sahih Muslim vol.2 book 5 ch.401 no.2348 p.519 says Mohammed's family had a share out of that. The Muslims first looting is known as the Nakhla Raid. During the traditional month of truce, his followers ambushed a caravan, killing one, enslaving the rest, and taking the plunder. Mohammed himself led the second raid at Badr. Mohammed added to his wealth by attacking the Jewish settlement of Khaibar. He and his loyal men got plunder and wives (Mohammed needed another wife?) of the 700-1,000 Jewish men of the Banu Quraiza tribe they beheaded after they surrendered.

You would probably agree these are serious sins. Since Mohammed did this, he needed forgiveness very badly. A curious question is: "exactly who pays the price for your sin?" Jesus said He paid the ransom for our sins. Islam does not teach that anyone paid the price. How is your sin paid for, or does Allah just wink at some sins and not others?

Some might think wickedness does not matter as long as a person calls himself a Muslim. Muslims in this century kill Christians and massacre entire villages in Sudan, Nigeria, and Indonesia. When so-called Christians murdered Muslims, people could point out they were acting against the character of Christ. When Muslims kill Christians, who worship the True God, I never heard anyone say they are acting against the character of Mohammed.

Pardon me for being so blunt, but Muslims killing worshippers of God ought to stop. When Muslims justify this killing because their prophet did this too, then people wonder about their prophet, their Allah who abrogates his word, and the origins of Islam.

In contrast to Mohammed, there is One who
· claimed to be God's prophet,
· fulfilled hundreds of prophecies and implications,
· never forgiven, because He had no sin to forgive
· never murdered, nor threatened a traveler's life,
· high moral standards (never allowed forcible sex),
· promised to pay the penalty for your sin,
· suffered and died for you, and
· has no tomb, for He rose from the dead.
This man is Jesus Christ. Christians do not say about Jesus: "may God's peace be upon Him", Jesus is the Prince of Peace; God's peace is already on Him. Rather, my hope is that you will find out how to have Christ's peace and love live in your heart.