EVIDENCE FROM THE HADITH THAT MUHAMMAD WAS A SINNER 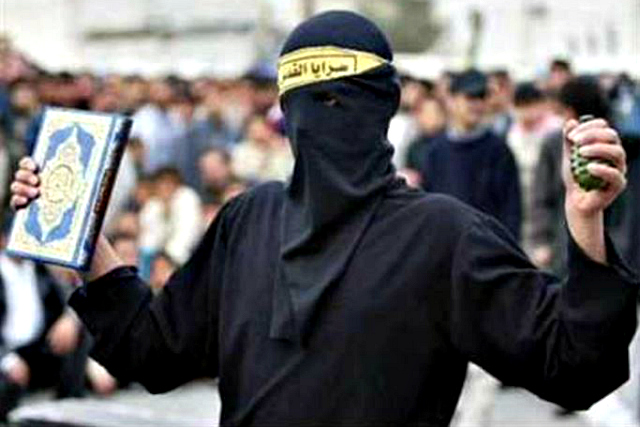 Earlier I synthesized portions from Muhammad’s prayers, recorded in Bukhari’s Hadith. Here are the four Hadith in full.
8.335:  Narrated Shaddad bin 'Aus:The Prophet said, "The most superior way of asking for forgiveness from Allah is:
'Allahumma anta Rabbi la ilaha illa anta. Khalaqtani wa ana 'abduka, wa ana 'ala 'ahdika wa Wa'dika mastata'tu abu'u Laka bi ni 'matika wa abu'u Laka bidhanbi; faghfirli fa'innahu la yaghfiru-dh-dhunuba ill a ant a. A'uidhu bika min sharri ma sana'tu.' If somebody recites this invocation during the night, and if he should die then, he will go to Paradise (or he will be from the people of Paradise). And if he recites it in the morning, and if he should die on the same day, he will have the same fate."
The Arabic is translated as:
"Oh Allah! You are my Lord. None has the right to be worshiped but You. You created me, and I am your slave, and I am faithful to my covenant and my promise as much as I can. I acknowledge before You , all the blessings You have bestowed upon me and confess to You all my sins, so please forgive them, as no one can forgive sins except You. And I seek refuge in You from all the evil I have done."

8.407:  Narrated Abu Musa: The Prophet used to invoke Allah with the following invocation: 'Rabbi-ghfir-li Khati 'ati wa jahli wa israfi fi amri kullihi, wa ma anta a'lamu bihi minni. Allahumma ighfirli khatayaya wa 'amdi, wa jahli wa jiddi, wa kullu dhalika'indi. Allahumma ighrifli ma qaddamtu wa ma akhartu wa ma asrartu wa ma a'lantu. Anta-l-muqaddimu wa anta-l-mu'akh-khiru, wa anta 'ala kulli shai'in qadir.'
The Arabic is translated as:
"O my Lord! Forgive my sins and my ignorance and my exceeding the limits of righteousness in all my deeds and what you know better than I. O Allah. Forgive my mistakes, those done intentionally or out of my ignorance or without or with seriousness, and I confess that all such mistakes are done by me. O Allah! Forgive my sins of the past and of the future with I did openly or secretly. You are the One Who makes the things go before and You are the One Who delays them, and You are the Omnipotent."

8.408:  Narrated Abu Musa Al-Ash'ari: The Prophet used to invoke Allah, saying, "Allahumma ighfirli khati'ati wa jahli wa israfi fi amri, wa ma anta a-'lamu bihi minni. Allahumma ighfirli hazali wa jiddi wa khata'i wa amdi, wa kullu dhalika 'indi."
The Arabic is translated as:
"O Allah! Forgive my mistakes and my ignorance and my exceeding the limit (boundaries) of righteousness in my deeds; and forgive whatever You know better than I. O Allah! Forgive the wrong I have done jokingly or seriously, and forgive my accidental and intentional errors, all that is present in me."

In these prayers, Muhammad uses a different word for sin. Instead of using "dhanb", he uses the root word "khati’a".
The Encyclopedia of Islam [9] defines Khati’a as:
"Moral lapse, sin, a synonym of dhanb. The root means "to fail, stumble", "make a mistake", "of an archer whose arrow misses the target".
In his prayers, Muhammad acknowledges a whole spectrum of sin: evil, mistakes, ignorance, wrong, accidental errors, intentional errors, past and future sins, and filth. These are not simple "mistakes", these are offensive sins in the context of his prayers.
Muhammad acknowledged he was a sinner. Don’t Muhammad’s prayers for forgiveness establish the fact that he knew how severe his sins were? He knew Allah punishes sin, and that is why he was always pleading for forgiveness from Allah. Muhammad didn’t want to burn in hell for his crimes.
And, Muhammad did believe and fear he was going to suffer:
Sahih Muslim, [10], Book 4, Number 1212:
Narrated Aisha:
"The Prophet entered my house when a Jewess was with me and she was saying: Do you know that you would be put to trial in the grave? The Messenger of Allah trembled (on hearing this) and said: It is the Jews only who would be put to trial. Aisha said: We passed some nights and then the Messenger of Allah said: Do you know that it has been revealed to me: "You would be put to trial in the grave"? Aisha said: I heard the Messenger of Allah seeking refuge from the torment of the grave after this."
Allah "revealed" to Muhammad he would be put to trial in the grave. Muhammad constantly prayed for refuge from his upcoming torment. Why? If Muhammad were so pure and innocent, why would Allah be tormenting him in the grave? Muhammad was aware of his sins, and thus, he prayed for forgiveness.
What were some of Muhammad’s sins? Examine his actions and judge accordingly. As I’ve read the Islamic source material, i.e., the Quran, Hadith, and Sira, I have come across some shocking deeds. Few Muslims know about these actions. However, they are all recorded in the source materials. These materials were all written by devout Muslims, who wanted to tell to the truth to the best of their ability.