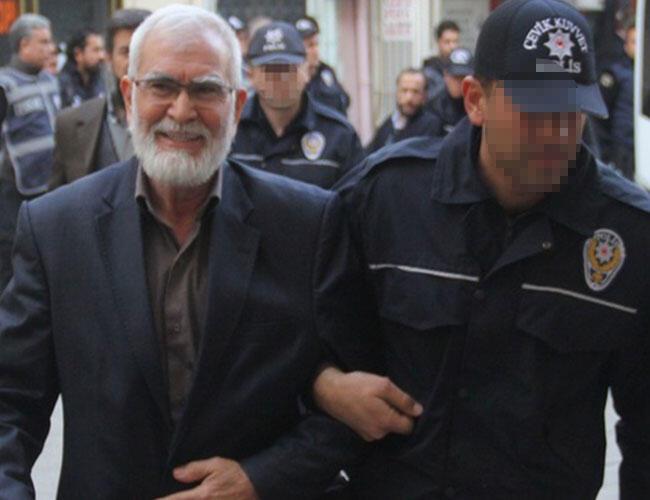 A member of the Islamic Furkan Foundation has been arrested after child pornography was found on his mobile phone following major raids on the group.
The member, identified only as İdris B., was arrested on Feb. 8 over “the abuse of children for the production of pornographic content” and “being a member of a criminal organization.”
İdris B. was detained on Jan. 30 as part of an investigation into the Islamic foundation along with 21 of its members including its founder, Alpaslan Kuytul, for “disturbing public order” and “establishing a criminal organization.”
During the anti-terror, anti-smuggling and organized crime departments’ raid on Jan. 30, a large sum of money from the foundation headquarters in the southern province of Adana was seized while cybercrime units also searched the IT room in the building.
The suspects appeared before the Adana Court of Peace on Feb. 8, where İdris B was arrested over the pornographic images found after investigations into his mobile phone.
The court also ruled for the arrest of four other suspects including founder Kuytul and Taha Yasin D., Erol A. and Ali A., and the detention of 28 members over membership to a criminal organization.
The foundation has operated in Turkey for a number of years but its name hit headlines in August 2017 when a suspected Islamic State of Iraq and the Levant (ISIL) militant from Russia was detained for planning a drone attack on U.S. aircraft at the İncirlik air base in Adana.
In August 2017, Russian national Renat Bakiev testified that he attended meetings at the Furkan Foundation during his stay in Adana.
Bakiyev reportedly said “they [the Furkan Foundation] defended the caliphate, which is why he attended the talks there and listened to speeches delivered by Kuytul.”
He was also accused of planning an attack on an Alevi association in the city and was detained while he was scouting around İncirlik before a planned attack on the military base.
Furkan Foundation, Adana, Alpaslan Kuytul, child porn, child pornography, pedophile