THE CHURCH BURNT IN KAGERA TANZANIA 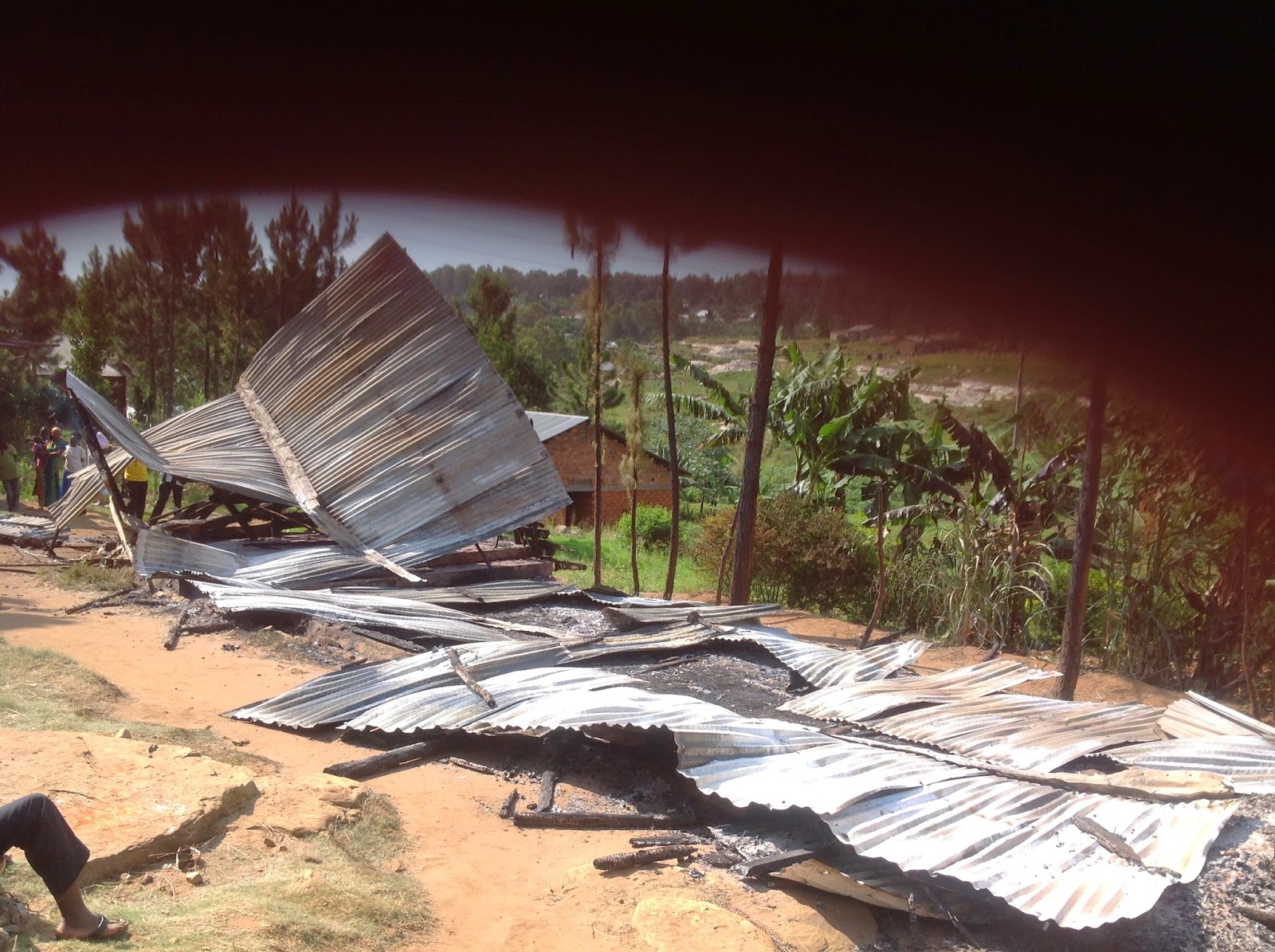 The building  of the Tanzania Missionary Revival Church (T.M.R.C) at Kyabitembe Parish, Bukoba Urban Distict, Kagera region in Tanzania, at dawn of 12/3/2015 was set on fire by petrol by un identified people.

On Thursday, Oct. 9,2014 unknown attackers killed a Christian man by machete the late Dioniz Ng'wandu, 31, a secondary school teacher and  injured anotherThemistores, 25,  in the same district of  Bukoba in northwest Tanzania.  The two men were at overnight prayer-meeting at the Busimbe Parish of the Pentecostal Assemblies of God-P.A.G.

Bukoba is reported to be a Muslim-dominated town of about 100,000 situated on the shore of Lake Victoria bordering Kigoma, which also has a local reputation as a Centre for Islamist extremism.
So far some religious leaders and lay Christians have been killed, while others have been attacked by extremist Muslims wielding acid. Some of the perpetrators have been arrested and charged, yet their cases continue in courts.