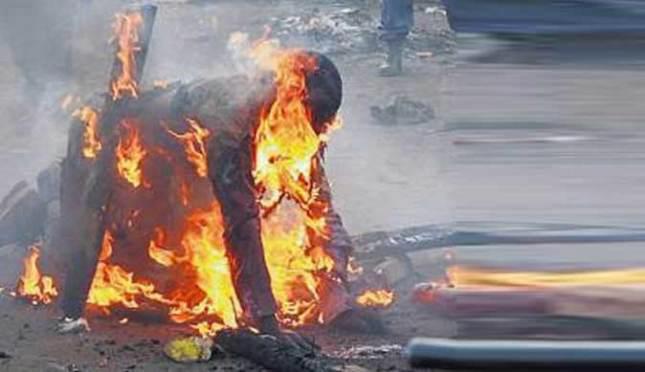 A 30-year old man, identified only as Mohammad Abdullah, was burned to death after being accused of stealing three amplifier units from a mosque in Suka Tenang, Bekasi regency, West Java, on Tuesday.
Mohammad Abdullah was reportedly caught red-handed by village residents as he attempted to remove the amplifiers on Tuesday afternoon . He fled the scene, throwing himself into a nearby river separating Suka Tenang and Muara Bakti village.
However, as he reached Muara Bakti, other residents were waiting for him. They beat him before pouring gasoline over him and setting him on fire.
MA died at the scene. The body, with 80 percent burns, was taken to Kramat Jati Police Hospital in East Jakarta, said Bekasi Police chief Sr. Comr. Asep Adi Saputra.
Following the incident, the police seized the amplifiers along with a motorcycle suspected of belonging to Mohammad Abdullah.
“We must not commit vigilante attacks like this because Indonesia has laws to deal with crimes,” Asep said as quoted by tempo.co. (agn)
at August 02, 2017