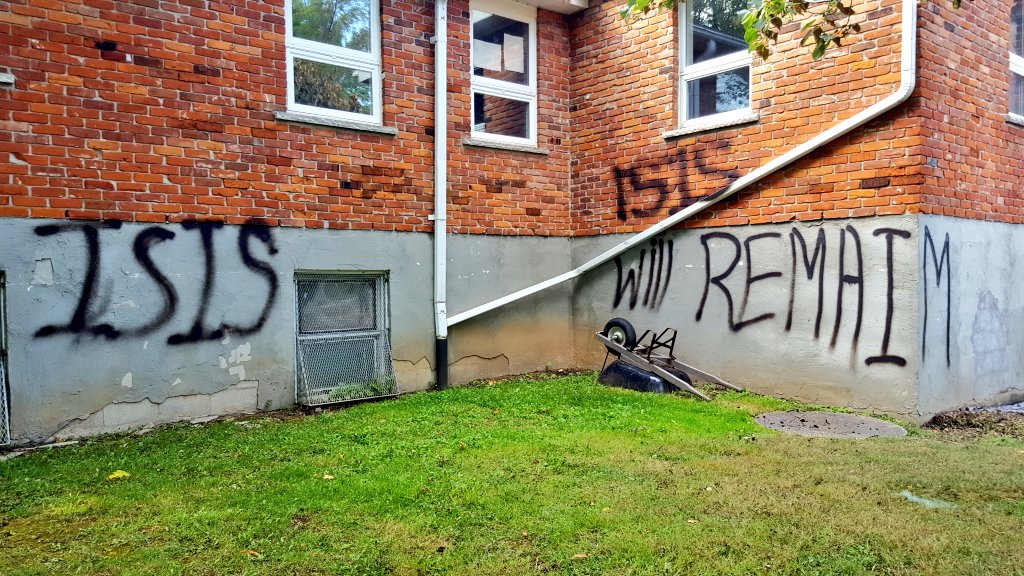 A fire gutted the Baptist Church in Burlington, Ont., early Wednesday and as Tom Hayes reports, investigators are treating the blaze as suspicious.
The Ontario Fire Marshal has been called in to investigate a suspicious fire at a church in North Burlington.
READ MORE: Burlington church vandalized with ‘ISIS’ graffiti after suspicious fire
Firefighters were called to Trinity Baptist Church on Appleby Line, north of the 407, just after 1 a.m. Wednesday morning.
Pictures posted online show that the church was also vandalized. Graffiti spray painted on the side of the 126 year old building spelled out ‘ISIS’ and ‘ISIS will remai[n]’.